Yes, you can sell a home while it's in probate – and in fact selling before the estate is settled can be a helpful tool if the estate or the heirs are struggling to keep up with mortgage payments.   If the house is to be sold, it’s better to get it done quickly rather than pour estate or family resources into payments – especially if the house is worth less in today's market than the mortgage balance.    In addition to other benefits, selling while there is but one executor to sign the paperwork can be much easier than waiting until two or more heirs would need to come into agreement.   If you're dealing with probate and have a house to sell, discuss the procedure with your attorney, then give me a call.   In addition to providing…
Read Full Post »

Canadians will see little new spending out of the federal government this year as it attempts to stay on target to eliminate the deficit by 2015, with even a heavily promoted focus on skills development relying on money that was previously committed. But to keep to that deficit-slaying plan the Conservative government is relying in part on booking $6.8 billion by 2018 in tax revenue now lost to tax loopholes and cheating.

The Conservatives are also leaving themselves little wiggle room if their projections are off, with next year’s budget too close to the 2015 election to allow them to bring in major cuts should they need to bring the budget back into balance.

As expected, Thursday’s budget emphasizes the need for skills development and getting

Home Price Statistics Can Be Misleading. Before you get excited over the latest national, regional, or local home prices as reported in the news media, wait a minute. The news reports either the average or the median (middle) home price for a given time period. And the numbers can be misleading.

In some markets, the investors moved in immediately after the crash, buying every low priced home they could find to turn them into rental properties. Before long, buyers who wanted a home priced at the lower end of their market were out of luck. At the same time, high-end buyers were starting to become active once again.   And guess what that did to the average and the median in months to come? Naturally, it looked as if prices had risen. And of…
Read Full Post »
St Patrick's Day is a national holiday in Ireland - and a day for parades and celebrations around the world. On March 17 it seems that everyone turns Irish - and nationality becomes irrelevant.   Perhaps that's because it's fun to think of Leprechauns and their pots of gold - hidden at the end of a rainbow.   Or perhaps we just love an excuse to celebrate.   And here's my Irish wish for you...   An Old Irish blessing   May love and laughter light your days, and warm your heart and home. May good and faithful friends be yours, wherever you may roam. May peace and plenty bless your world with joy that long endures. May all life's passing seasons bring the best to you and yours!   Happy St. Patrick's Day!
Read Full Post »
The Real Estate Board of Greater Vancouver Housing Market Update for February 2013 with REBGV president Eugen Klein.
Read Full Post » 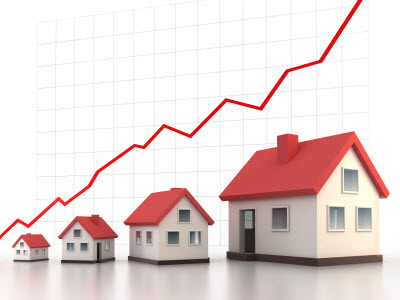 Last month’s sales were the second lowest February total in the Lower Mainland since 2001 and 30.9 per cent below the 10-year sales average for the month.

The President of the Real Estate Board of Greater Vancouver says that sales in February followed recent trends and were below seasonal averages, though our members tell us they saw more traffic at open houses last month compared to the previous six to eight months.